Read to the end for the complete story!

I attended the annual SfN meeting in 2018 during my first year of grad school. At that time, I had conducted decision-making experiments in female rats so that the results could be compared to my advisor’s previous findings in male rats. We found that males were more sensitive to increasing activity in a part of the brain called the locus coeruleus compared to females. Here’s that presentation: 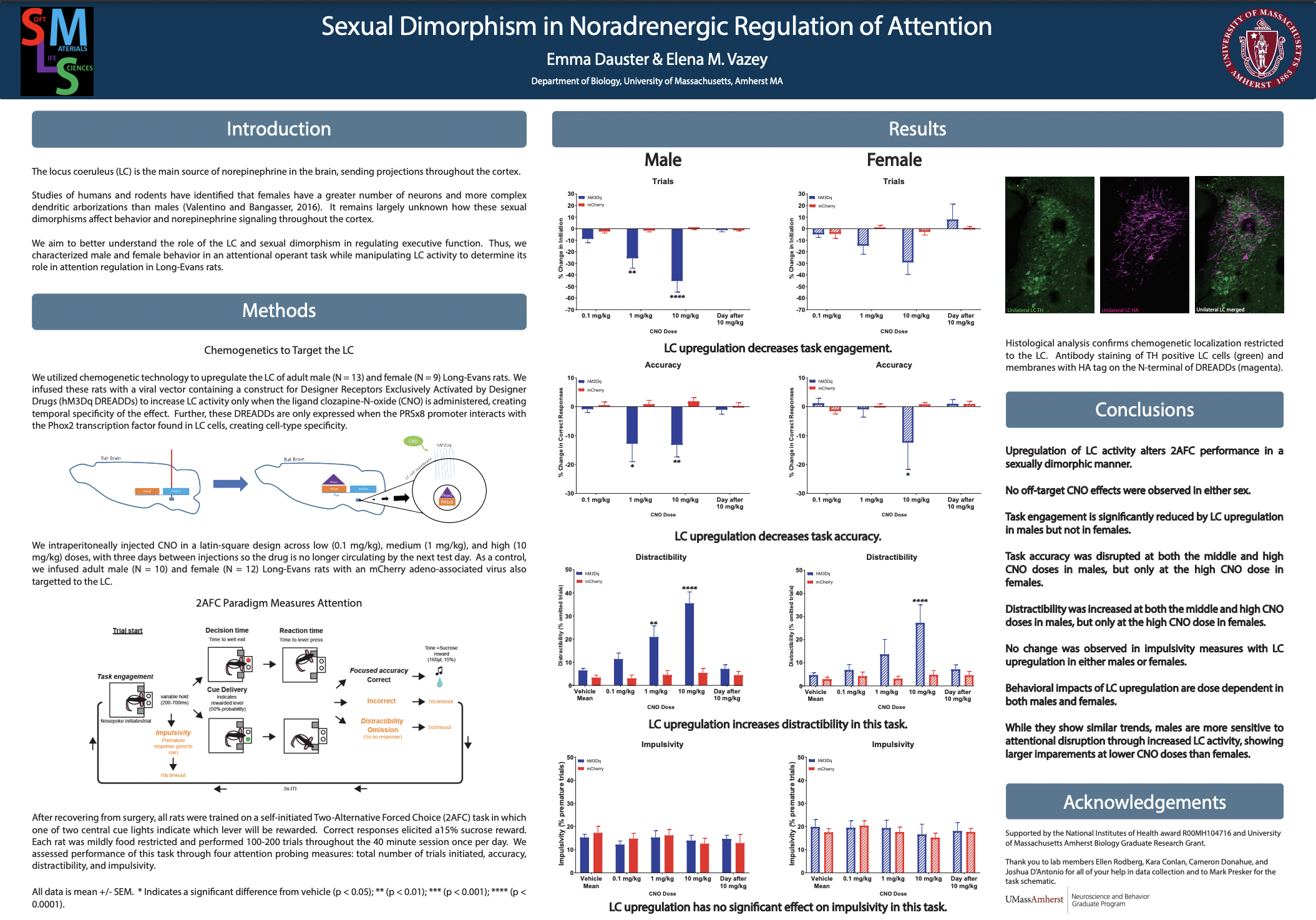 BUT in the following years of my PhD, I decided to replicate the male experiments myself and found the opposite trend. This is a classic example of the reproducibility crisis in academia today. We can’t assume that one person conducting an experiment under very specific circumstances will yield the same results as someone else conducting the same experiment in a different lab. Ultimately, my PhD research, based on my own experiments without the additional data from my advisor’s post-doc work, concluded that females were more sensitive to these locus coeruleus manipulations than males.